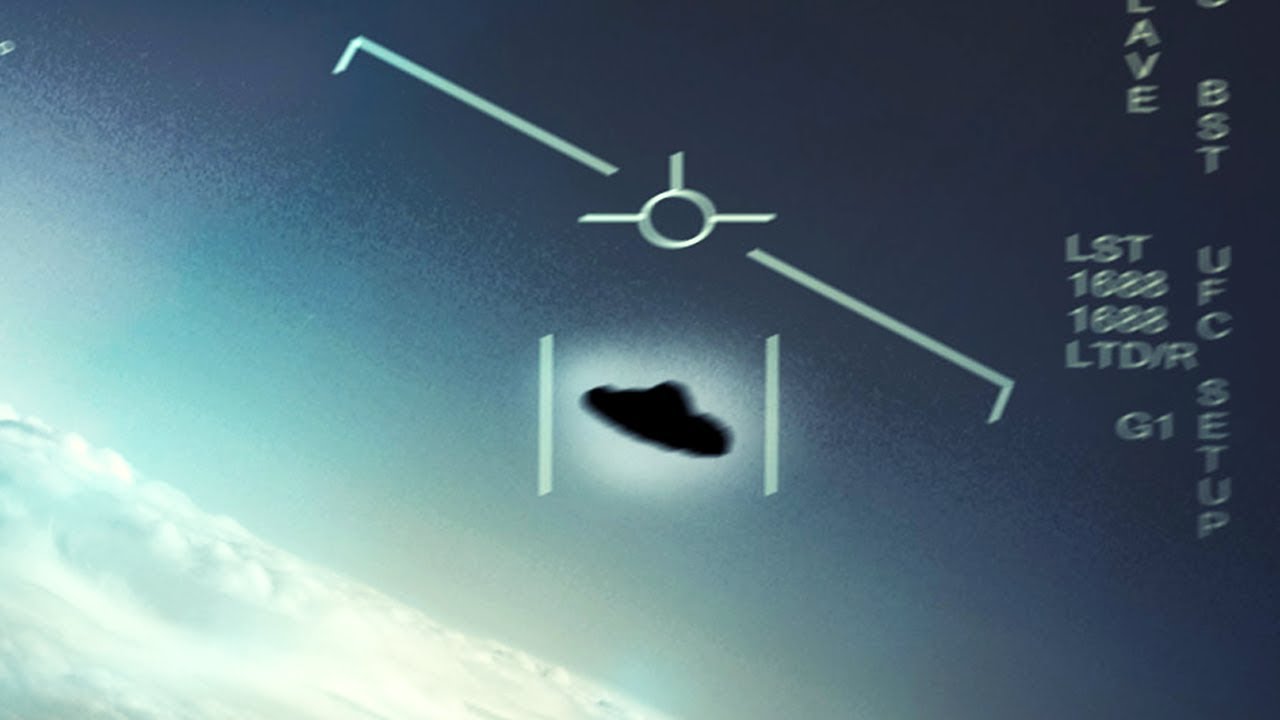 In this documentary directed by James Fox, we look at the history of UFO (Unidentified Flying Object) sightings in modern history. We will not only focus on the famous Roswell incident of 1947 but also, for example, on the 1966 event in which students from Westall High School in Australia were together to witness a saucer-shaped flying craft hovering. Unexplained sightings have occurred (and continue to occur) everywhere but perhaps the most bizarre event was to occur in Zimbabwe when in 1994 over sixty primary school pupils were subjected to an experience that they recall with amazement to this day. They were to witness what is known as a close encounter of the third kind – not only did they see a flying craft but they were even to be in direct contact with its crew… The documentary features high-ranking government and military officials, eyewitnesses, and investigators, not only through archival footage but also through specially recorded interviews. 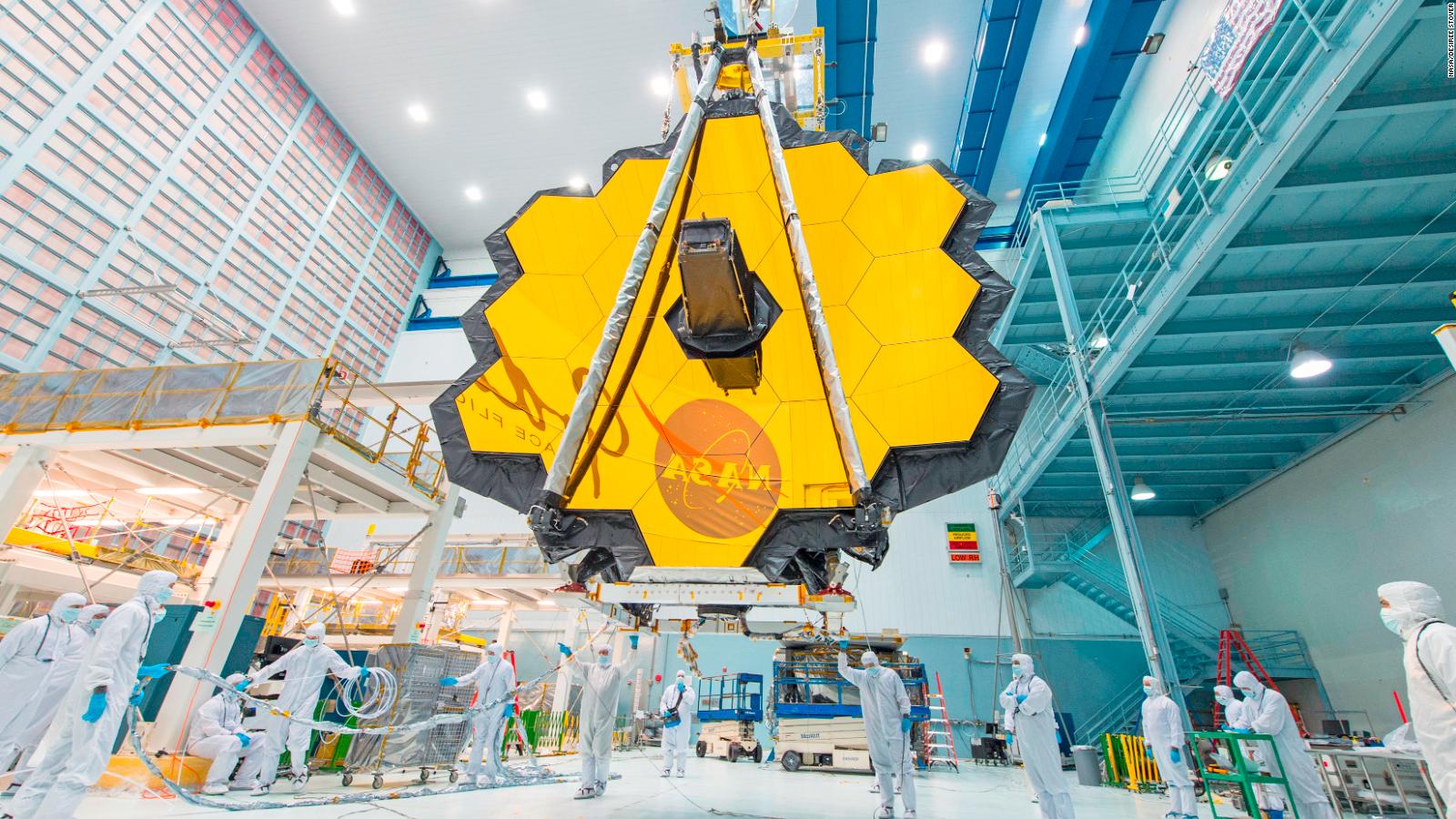 The James Webb Space Telescope (JWST) is the largest, most powerful, and most expensive (at a cost of $10 billion) telescope ever launched into space. The scientific research of this infrared telescope will once again move us towards a better understanding of the very beginning of the universe, try to spot the first galaxies, unravel the mystery of the formation of the oldest stars and, last but not least, focus on the study of exoplanets – the search for a second Earth. The American documentary film The Hunt for Planet B captures the human drama behind the development and construction of the giant space telescope, which, after many delays, was sent on its mission on 25 December 2021. We will witness the story of a pioneering group of scientists, mostly women, on a journey to find life beyond our solar system. What will these eventual discoveries mean for our own existence as we look back on planet Earth? 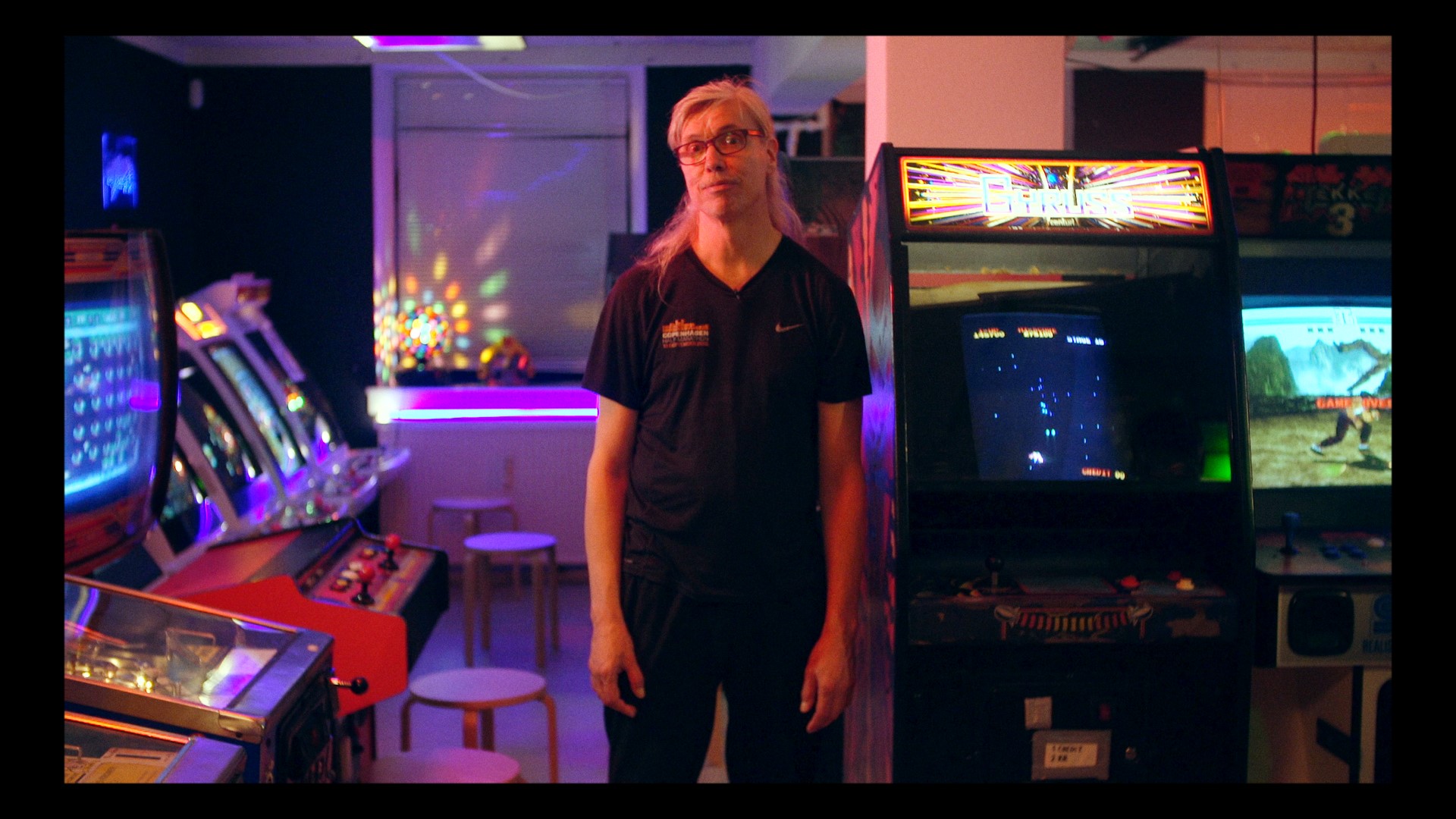 Kim Cannon Arm is not your average grandpa. With killer hand-eye coordination and a mean mullet, he’s a legendary fixture at Copenhagen’s Bip Bip Bar, and renowned for playing the 80s arcade game Gyruss for 49 hours straight on a single coin. With help from his buddies at the bar, a community of heroic outsiders who support one another no matter what, Kim attempts to obliterate his previous record and play for 100 consecutive hours (four days!).

Dense with nerdy narration and deep thoughts, quantum physics and pattern recognition, this quest follows Kim and the gang as they apply their collective knowledge to the task at hand: leaving their mark on the world and paying tribute to a fallen friend.

In this quirky comedy, filmmaker Mads Hedegaard provides a surprisingly philosophical look at legendary world records, quirky hairdos, the importance of community, and what a real hero looks like. 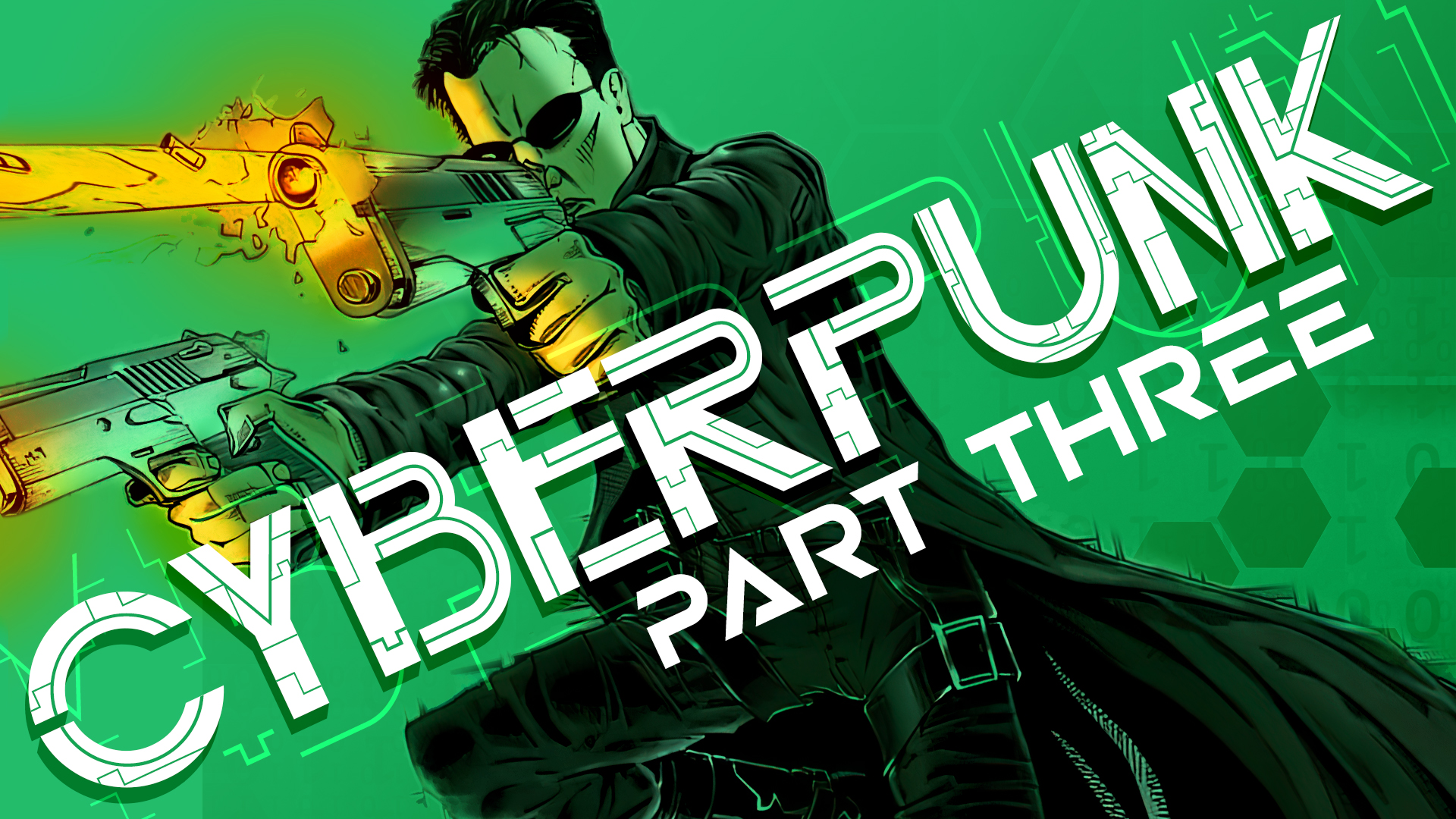 Accept our invitation to the third part of the documentary miniseries, which will once again take you to the futuristic environment of cyberpunk, a world of dystopian society with technological and scientific advances such as artificial intelligence or cybernetics. This time, we will engage with cyberspace through hacker culture and, of course, the internet, which began to change our world significantly in the 1990s and connect us through the information superhighway. We started to look more into virtual reality as well. We will once again look at the world of cyberpunk through novels, philosophical works, comics, films, computer games, and television. For example, do you remember the films Network (1995), Death’s Head (1998) or Johnny Mnemonic (1995)? Did you get your hands on the book Snow Crash (1992) by American writer Neal Stephenson or the book Virtual Light (1993) by William Gibson? Or did you rather become a player of the successful 1994 computer game System Shock? Either way, we must not forget the highly successful film that significantly and, moreover, globally changed our view of the nature of reality itself – The Matrix (1999). 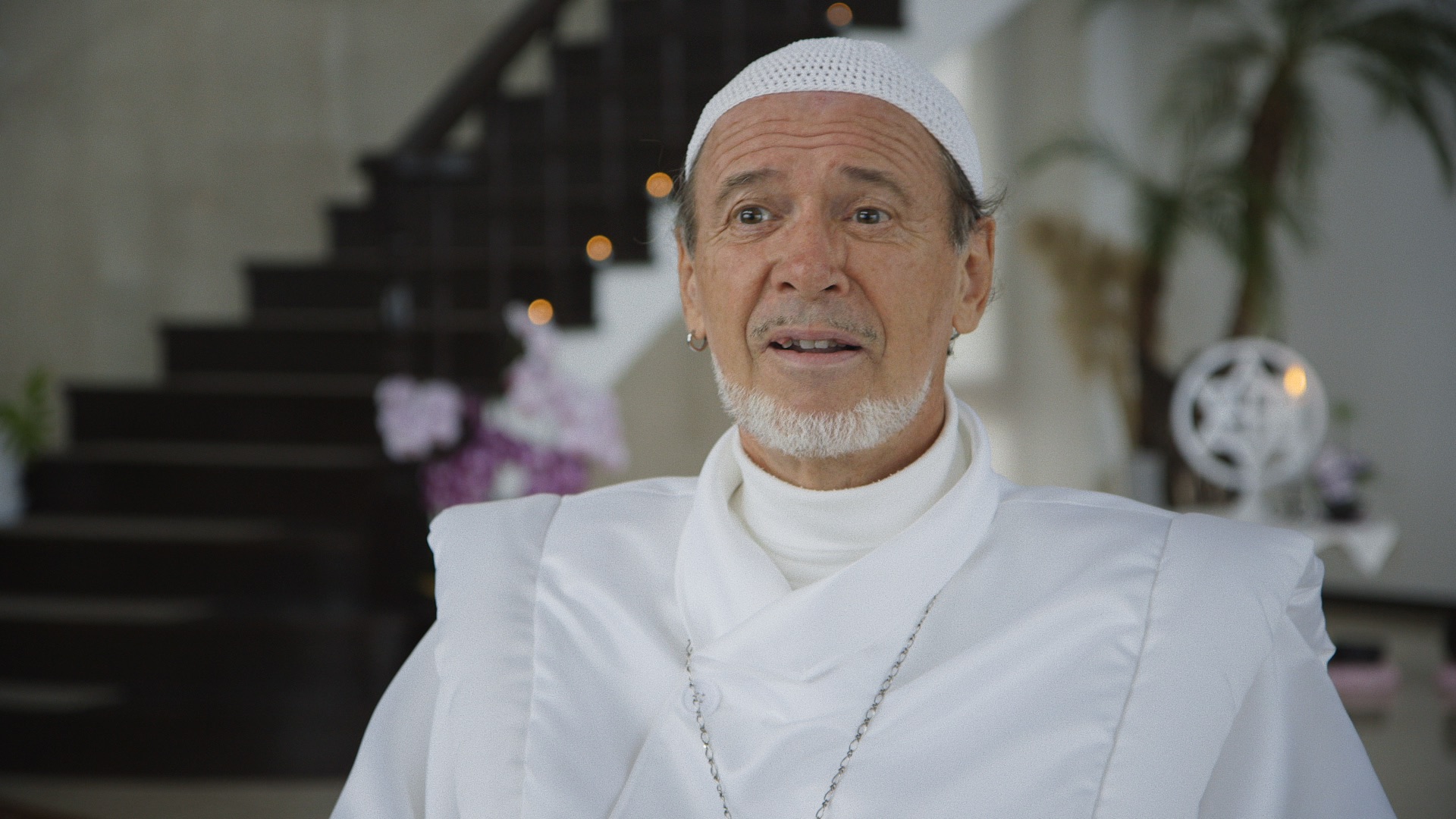 The Prophet and The Space Aliens follows Rael, who after an alleged encounter with extraterrestrials – who appointed him the last prophet – became the founder and leader of the world’s biggest UFO religion. The story of this modern day prophet and his ambitious attempts to venture into new territories in search of loyal followers, sheds light on the many themes and questions that religion and faith lay bare. 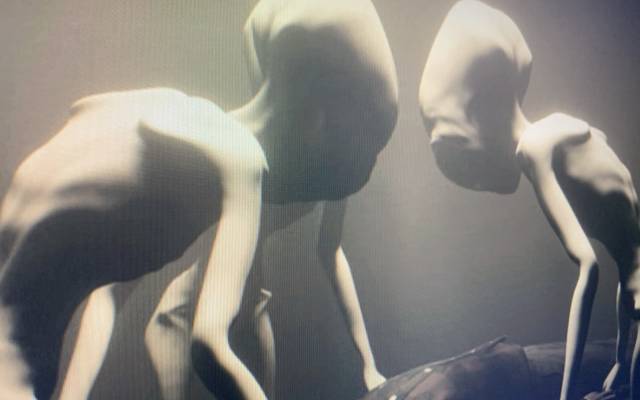 The various testimonies of alleged encounters with extraterrestrials have long been labelled as unreliable. But many people still believe that UFOs definitely exist. In 2020, the United States Department of Defense released several videos of unexplained flying objects and a year later established a special office to investigate and evaluate UFO sightings. In 2021, Petr Vachler, a well-known Czech filmmaker, produced a six-part documentary series on the UFO phenomenon for Netflix. The first and sixth episodes of this series will be available to watch at the Future Gate festival, free of charge.

After the Second World War, there was a rapid increase in UFO sightings in the USA and the public became fascinated by the subject. Therefore, the US government had to take action.

If aliens have indeed arrived on planet Earth, how long ago did it happen? And what are their intentions for us? Do they want to hurt us, help us or even save us? 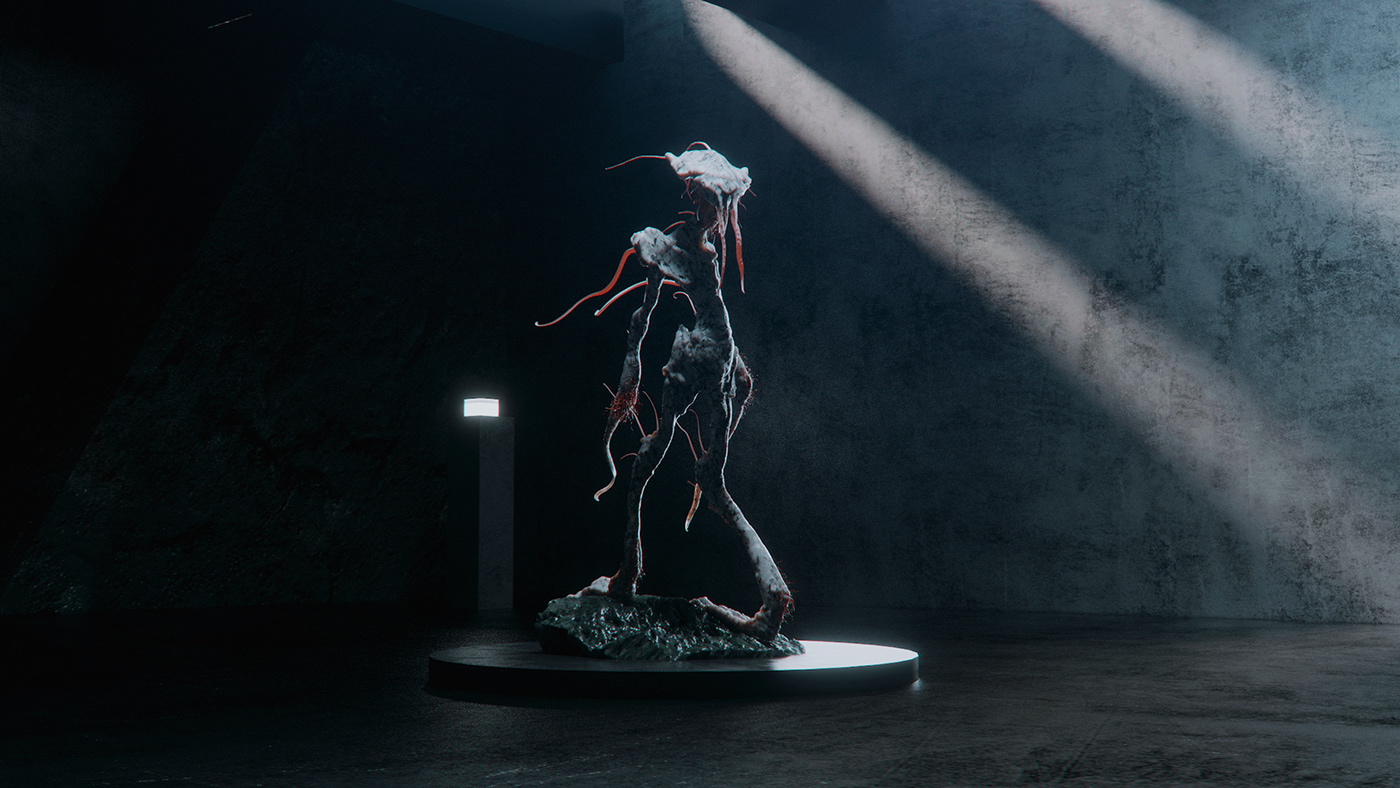 Join us on a journey through breathtaking animations to solve one of the biggest questions of our time, one whose ultimate answer is closer than ever thanks to today’s modern technology and advanced research. So, are we alone? We’ll take you to alien – often exotic – worlds in the distant universe in search of extraterrestrial life. We may find it in the rings of gas giants, in the atmospheres of brown dwarfs or even in the hearts of dead stars. And what kind of life can we expect? Carbon-based, like on our planet or rather silicon-based? Or even mechanical life? The possibilities that nature has in creating life are perhaps quite limitless. But the most pressing question is undoubtedly whether intelligent life even lurks in the depths of the universe. And if this turns out to be the case, how advanced might these possible intelligent civilizations be? Could we even make contact with them? Or are we really alone?